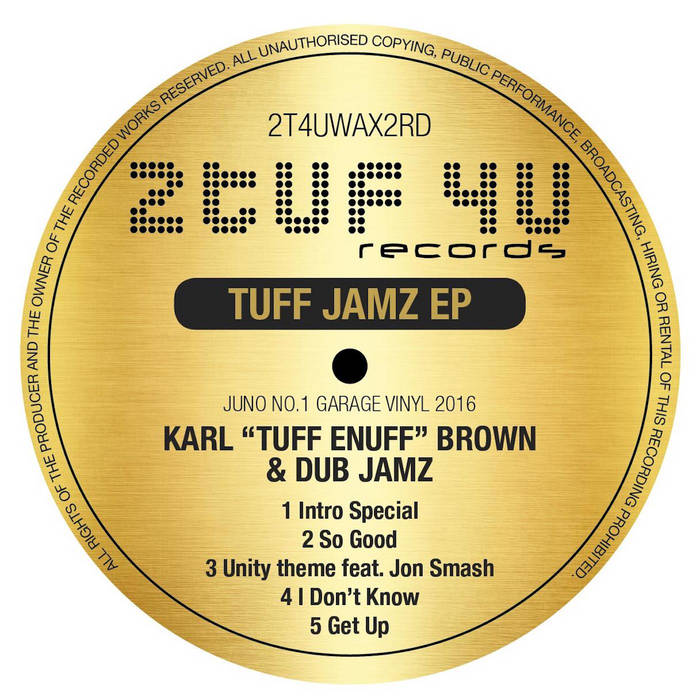 Just Jonah Got it simply for the switch on the intro. A memory jogger and still demolishes most tracks released now. Pure fire! Favorite track: Karl Brown of Tuff Jam - Intro Special 126.8bpm.

Originally released on vinyl in 2016 via a German Distributor, now this special digital version is now available for download. These special digital releases still keeps the integrity of its vinyl original and also consist of an un-released track 'Get Up'.


The initial release of the Tuff Jamz EP saw tracks that have now been well sort after by DJs and collectors alike.


Track 2 'So Good' is a rolling soulful vocal classic which has had amazing feedback and airplay by Andy L of Ice Cream Records / The Essential Beat 1 Show.


Tracks 3 and 4 'The Unity Theme - Feat Jon Smash' and 'I Don't Know' provide an emotional moving experience in Dub Jamz use of drum sounds and synthesis which will take listeners back to the aura of the 90s Sunday Scene.

Finally Track.5 "Get Up" a bonus extra to the supporters of the sound/label to complete the package.....enjoy