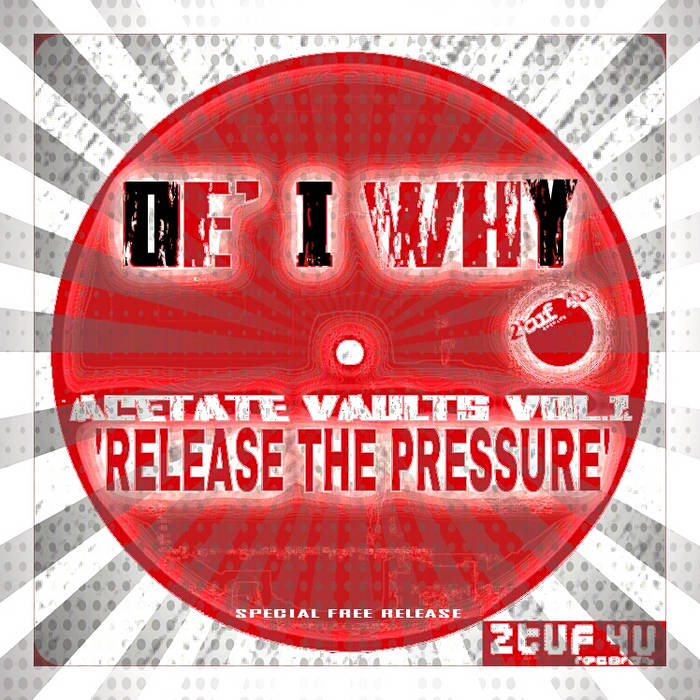 Note: To The ACETATE Collectors, this new added mix was found recently Nov 2015 on an Acetate Exhibition trough the collection, this mix was the Original Vocal then then the Dubby type versions already uploaded.......MORE 2 Come :)


Picture This….
The year is 1997,
I’m in the Gas Club, London, Leicester Sq.
I’m getting ready to go on the decks and just waiting for Karl "Tuff Enuff" Brown to finish his set.
He plays his Bullet, Dubplate, and Exclusive mix of “Release The Pressure”
15+ years on, I get a phone call from Karl, he’s sending over the track
At last…. I’ve got my hands on this All Time Epic Remix.

This is One of the RARE ACETATES from the Karl Brown Collection Mastered & Cut at the Infamous JTS Mastering Studio in Hackney, this track was never released since it was purely made to make the crowd jump, and the DJ's Shout in joy : ) this is what Karl called the SPECIALS that lined his DJ Bag,

now released for your pleasure as a present from Mr Brown, enjoy…..

ALL TRACKS PRODUCED & MIXED BY KARL BROWN of ONE TUFF PRODUCTIONS.