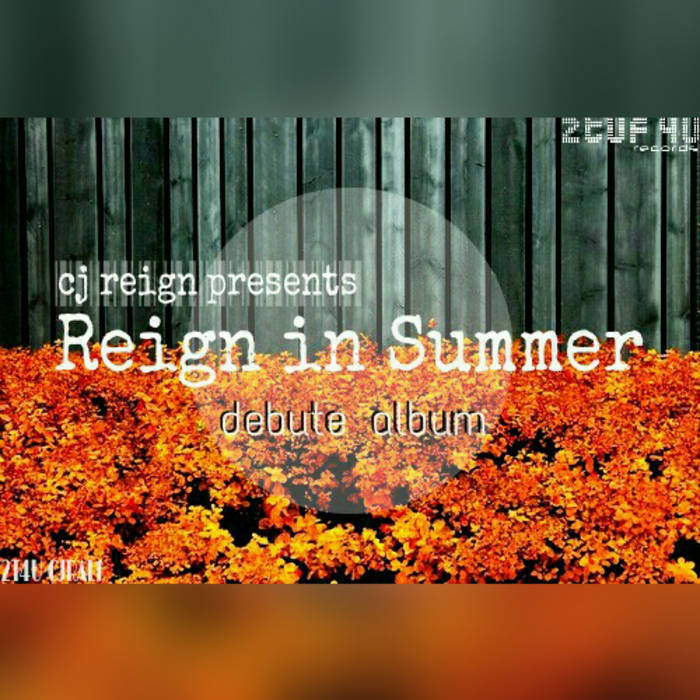 CJ REIGN BIOG
'Music has been an influence my whole life'

The first sound I heard was my father's guitar when lulling me to sleep, but by the age of 15 I started making my own music. The break came at the first young dnb producers final, here in Poland. Soon after that I met my collaborator partner and good friend PROTON, who is still playing together with me at various gigs around the country. We were both influenced by the sound of the UK Garage scene thanks to our mutual friend Martino.B who sent some of our productions to the likes of DJ Charma back in 2004 where this influenced releases on labels such as Final Cutt Records led by DJ Jabz, then remix work: MJ Cole, J-Sweet or Jam & Face.

One could ask what drove him and where did my influences come from to produce tracks for this album: 'Well, when I asked myself a question how should I do an album, I thought it should have a blend of jazz grooves, a positive message and that club vibe. Besides, it needs to sound briefly, coherent, yet showing variety, colours and shapes of music genres I adore, but all based on some of my experiences of music.

its not an easy task to produce/write music while being a family man looking after two lovely people in my life, my wife and my little son first of all, but it helps me to have an extra purpose in life I feel. Why produce? It also may come from my day to day work as designer in, Lodz, Poland.'


2TUF-4U RECORDS
Year after year CJ's abilities as a producer grows stronger and stronger. He is eager to take in and learn new ideas but most of all he is willing to experiment with the new. With remixes done for the likes of Shaun Escoffery, Steve Gurley, Izzi Dunn, El-B, Rochelle, mostly for DPR Records to name a few and recently Kele Le Roc, Beat Rivals, Master Room, Fully Loaded Project (Todd Edwards & Karl Brown) & not forgetting the Anthill Mob.

CJ REIGN
'One of the biggest steps so far in 2014 is being exclusively signed to Karl 'Tuff Enuff' Brown's label 2TUF-4U Records, which as given me excellent support in enhancing my skill's and future productions' and over the years having the opportunity to work with industry magnets as the likes of DJ Noodles of DPR Records.

Finally, there are just to many to musical influences in my life to mention. The biggest help so far though, beside of my family, came from my manager and good friend, Mr Karl 'Tuff Enuff' Brown of Tuff Jam. He as guided me through this whole time, not in terms of music only, but on a wider view even to the extent of coming up with the title of the album that fitted so well with these varied themes, Not to mention the mundane matters like signing vocalists or artwork appropriate for the album. All issues must harmonize with each other to make it all work and i do hope it is warmly welcomed.'
--------------
REMIXES:
IZZI DUNN - - ROCHELLE - SHAUN ESCOFFERY - MJ COLE - TODD EDWARDS & KARL BROWN - ANTHILL MOB - STEVE GURLEY - EL-B - KELE LE ROC - MASTER ROOM - BEAT RIVALS - LONGO X TK - ROCHELLE - J-SWEET & JAM & FACE......