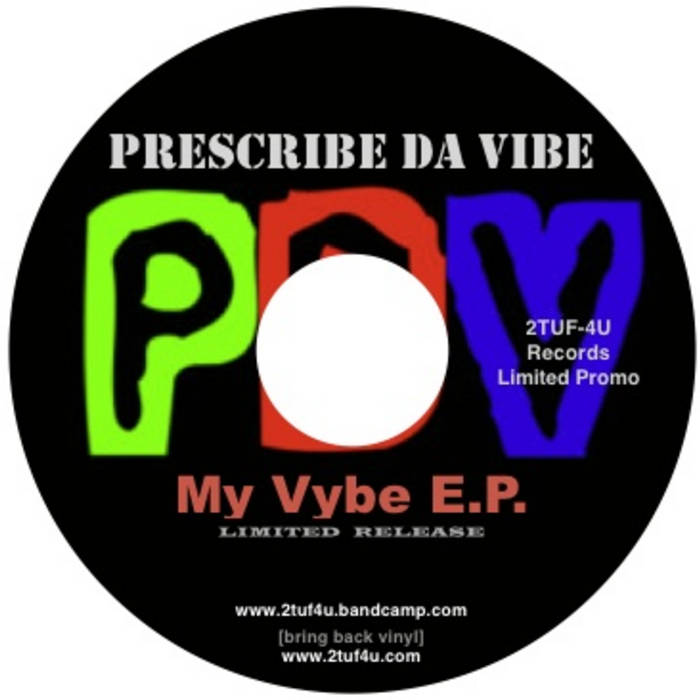 Prescribe Da Vibe, aka PDV, was always surrounded by music when he was younger. In the household with his mother and older sister there was a lot of 90's RnB, reggae and soca being played out loud. Hip Hop also attracted his attention, especially on the soulful side.

This was great but he felt that something was missing from his musical library and did not know what that was. It was only in 2000 at 8 years of age when he literally told his mother 'buy me a CD that is different or something new', he was not sure what to expect. She then consulted with an older cousin of his who was heavily into a sound called garage and recommended the CD Pure Garage 2 by DJ EZ. From that moment on he never looked back, having a new found love in garage music and electronic music as a whole.

Thought’s now of producing music when he was older would often be pondered by visualizing drum patterns or vocal riffs in his head. A few years later he met a relative who was using a music program called Reason which also increased his interest. Not being the biggest radio listener before, it was a slice of opportunity that in 2003 he started tuning in more and found an influx of producers putting their own take on the 4x4 sound. Veterans such as: Todd Edwards, Karl Brown, El-B, Jeremy Sylvester, MJ Cole to new names including Duncan Powell, Qualifide, Drama, Artifact and more.

This gave him a new found excitement in music in general as it encouraged him to research the older sounds of house & garage with labels including Nice ‘N’ Ripe and Confetti Records. He also went back to and was inspired by the sounds of Neo-Soul with artists like D’Angelo and Angie Stone.

This all gave him that extra boost and certification that he would produce once he was ready. At 16 he was introduced to FL Studio where he spent countless hours teaching himself how to use the software, creating projects and in the end hoping for the best. Half of the fun for him was looking for samples from rare groove to new hip hop, manipulating them into a track that could work. FL Studio allowed him to do that relatively easily. Whatever the results, he found it to be a fun and rewarding activity.

Around a year later in 2008 he thought of the name Prescribe Da Vibe, believing that to be representative of what he was trying to achieve with his music. He had also finally got the courage to share his tracks. To his surprise he got a fairly warm response from DJ’s, producers and listeners but was almost stunned to receive a reply from Karl Brown.  To date PDV has had some releases and remixes of the likes of Kele Le Roc, Fully Loaded and is planning to do a lot more. Always trying to improve his music, experiment on different styles as well as being inspired by new sounds, PDV is excited for the future.