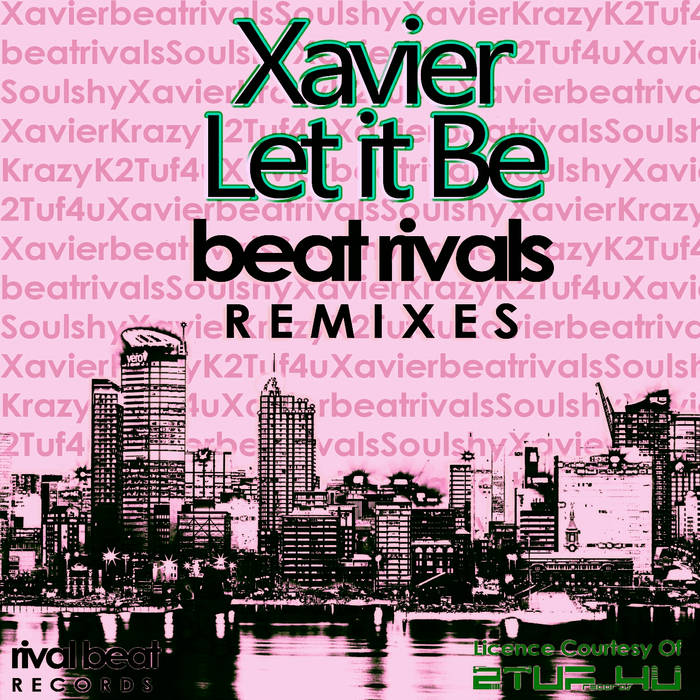 Originally Released on a Non-Exclusive arrangement on VINYL between Stereohype Recordings & 2TUF-4U Records (04/12/2006) as a feature CAT: SH005 as THE TUFF BEATZ EP which included various tracks such as "Indian" & Kool Drop "At The Gig". This release is a special digital collaboration between ourselves & RIVAL BEAT Records (John & Kev Groove Skool members) who we have built up a good working relationship over the years with various projects.

Originally released on Stereohype in 2006, Beat Rivals have given the Vocals of Xavier their own twist. Soulshy works up one of his soulful mixes complete with live drums from the man himself, along with smooth brass melodies and jazzy vibes, giving a live feel to the song; whilst partner in crime Krazy K delivers a sweet slice of deep infused Soulful House melodies.

Rival Beat Records is a London based imprint owned by production duo Beat Rivals, with a focus on releasing good quality House music with a soulful edge. Beat Rivals, aka Soulshy and Krazy K, draw on a collective of influences from Soul, Garage, 80's classics and club music, fusing individual styles into a single groove. The friendly rivalry between the pair is most noticeable on their original projects where along with a collaborative mix they each provide an individual mix. Between them they play a range of instruments with Soulshy on bass guitar, trombone and percussion and Krazy K playing keyboards, guitar, percussion and drums. Working together since the early 90's, the two launched the Rival Beat label in 2011 with their debut single Beat Rivals feat. Flexie Muiso - 'Why Do I', winning the hearts of the Soulful house fraternity. Beat Rivals re-launched the label in 2013 with 'If I Could' featuring the vocal talents of Lifford Shillingford, which came with remixes by Circle of Funk and UK Funki don, Major Notes. Since then the duo have gone on to rework with many respected producers and artists including Billy McGee, Toni Economides, Karl "Tuff Enuff" Brown, James Lavonz, CeCe David, Natasha Watts and Y Tribe with successful releases on labels including Rival Beat, 2TUF-4U, Soulfunktion, 659 Records and Entice. The boys are currently locked in the studio working on further delights with some very exciting artists for 2016, watch this space!

Mix Originally Released on RIVAL BEATS Records © 2015 & officially cleared Courtesy of the Artiste & Label for use on 2TUF-4U Records © 2015.