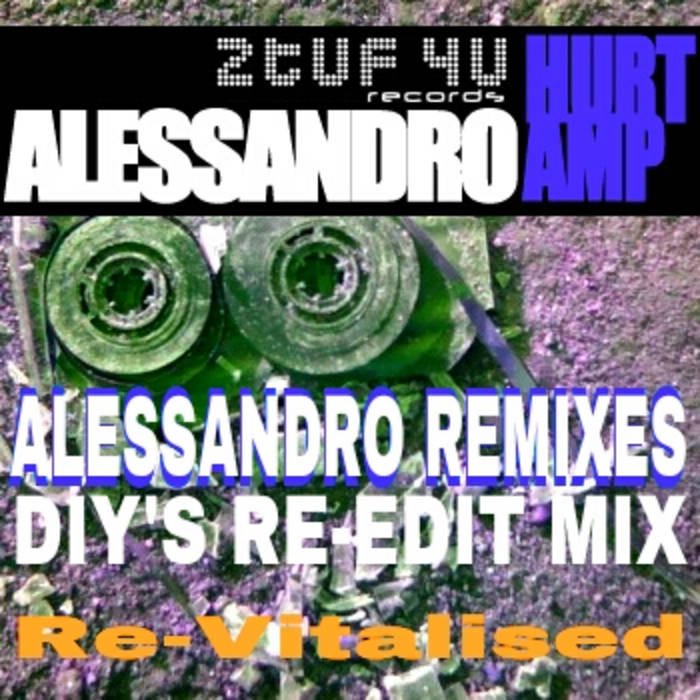 Alessandro first got into dance music around the year 1997 when he started at secondary school. There was something about the sound of UK Garage that particularly inspired him. The shuffled beats, sub bass line's, chopped vocals and chord stabs created a unique sound that was unlike anything else he had heard before and growing up in London it was a sound that was hard to escape. Through listening to pirate radio stations such as Freek FM, London Underground, Ice FM, Mac FM and shows such as Tuff Jam and Steve Jackson's on Kiss FM he was beginning to build knowledge about various artist names and styles of house and garage music. This inspired him to get his first pair of turntables in 1998..

The producers that most notably inspired him at this time were Tuff Jam, Todd Edwards, Grant Nelson, Jeremy Sylvester and Steve Gurley and labels such as Nice N Ripe, Confetti, Locked On, Public Demand and he would save as much money as he could to purchase vinyl and build his record collection. Over the next few years he would DJ at various house parties and small bars around London and sometimes guest on pirate radio stations around the local area.

Over the years he began to research more about the roots of Garage music and how it came to be discovering artists such as MK, Masters At Work, 95 North, Kerri Chandler, Eddie Perez, Dj Disciple and began to takes inspiration from them also.

It wasn't until around 2003 that he decided to experiment with music production after downloading a demo version of Fruity Loops. He would try to emulate his favourite producers but didn't really understand how to construct tracks the way that he wanted them to sound.

After sending out various demos of his rough productions Alessandro was introduced to Karl Tuff Enuff Brown by a mutual friend. Karl was someone Alessandro had admired growing up as a DJ and Producer and it was a great privilege for him to be invited to Karl's studio where we would study music with Karl under the Groove Skool tuition programme using Logic. It was then he started to gain an understanding of how to produce music and in particular key span samples over a keyboard to trigger snippets of audio. The tracks he was taught on would then feature on Karl's 2TUF4U record label

Alessandro then began to take music production more seriously and started building an extensive library of samples and also producing tracks and remixes which were being supported by underground DJ's and on commercial radio by the likes of DJ EZ. Most notably the track "Hurt Amp" was played 3 times in one show by EZ which was a great honour from one of his favourite DJ's.

After a break he has now returned with a new found inspiration for music and has hopes to produce music to a higher standard and continue to learn and experiment with sound...